FROM THE DAILY MIRROR. 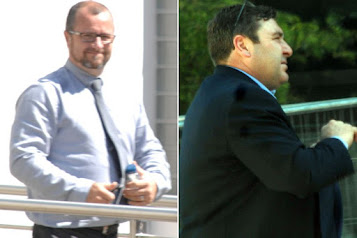 Get email updates with the day's biggest stories

Sonia McColl was speaking after the conviction last week of two men for stealing her 10-ton 40ft mobile home.

Widow Mrs McColl, the 72-year-old founder of the Park Home Owners Justice Campaign, said she moved out of a mobile home park in 2017 following death threats and late-night banging on her door.

In November that year she arranged for her home to be transported to her daughter’s house in Devon.

It was stolen one night after being offloaded in the yard of a haulage firm and has never been recovered. 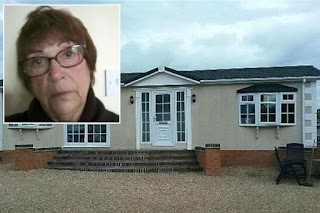 Although insured for the journey, the policy became invalid when it was taken off the truck and left in the haulage yard.

Fairground operator Stewart Gregory, 43, of Normandy in Surrey, was last week found guilty of theft by a jury at Exeter crown court.

Darren Baseley, 47, of Cranbrook near Exeter, admitted theft. He was found not guilty of blackmail, having been accused of demanding money from two other individuals in exchange for not implicating them in the crime.

Both men are due to be sentenced next month. There’s no ­suggestion that either of the detestable pair are responsible for the intimidation endured by Mrs McColl.

After the case she said she plans to be in court to read out her victim impact statement, saying: “I can’t wait to see their wicked evil faces in the dock.” She believes the theft was linked to her high-profile fight against park home abuses.

“They knew who I was because one evening before it was stolen I was phoned by Mr Baseley and he told me that he was reading all about me on Google,” she said.

“I thought, do you do this to all your customers, put their names into Google and look them up?

“My daughter said in her witness statement that Mr Baseley told her ‘Your mother walked all over the site owners, she deserved this’.

"My home was lovely, it was fully kitted out, so when they stole it they literally took everything. I don’t have anything now to leave to my children.

Now I have a rented home, it's wonderful to have four walls and roof but it's not mine. That's something I have to accept, it's better than having nothing at all.”

Now Mrs McColl says she is living a double life, keeping her surname for her campaign work while living with a new identity at an undisclosed address.

She said: “After the theft I spent the better part of a year sleeping in friends’ houses and B&Bs, and eventually managed to get a sheltered home and changed my name. I really was very fearful.

“I could have moved into a room with my daughter and her husband but they’re a young couple and don’t need that, apart from which there were fears of retribution.

“I’m not being a drama queen but I don’t honestly think I’ll ever feel safe. The only time I did feel safe was when I went to another country and I was walking through the streets and thought ‘Do you know, I’m not looking over my shoulder’.”

Remarkably, she is determined to continue with the campaign, vowing to “see things through”.

“At the trial only the judge knew my new name,” she said.

“I’ve been keeping it quiet so I can continue with the work I’m doing and also live a quiet life where people know me as ­somebody else.”

In 2012, this column named Mrs McColl as one of its heroes of the year for fighting on behalf of park home residents.

Her campaign secured a ban on park home companies preventing residents from selling their homes.

This sale-blocking had meant that residents could have had little choice but to sell their homes to the site management for a pittance.

In 2014 Mrs McColl was awarded an OBE for her work.

The campaign has continued by calling for an end to sites charging commission of 10% when residents sell their homes, Mrs McColl calling it “money for doing nothing”.

She also wants increases in site fees to be linked to the consumer price index, which is what pension increases are based on.

"The government has agreed to this when parliamentary time allows," she said.

"That's what I've been hanging on for over these last four years. Here we are in 2021 and they're still haggling over it, that's why I kept it going and wouldn't give up the justice campaign, to try to see things through."

Another grievance involves site managers selling homes that have been put on plots that, unknown to the buyers, do not have planning permission, an issue I covered here.

It had sold the home to a retired couple, Oxford Magistrates Court was told.

Mrs McColl is also calling for changes to the All Party Parliamentary Group on Park Homes, saying it is too closely tied to vested business interests.

"There are still a lot of abuses going on and what we need is a different APPG, one that doesn't have the industry as it's secretariat, because that's completely wrong as far as I'm concerned, it's a multi-million pound industry with tremendous lobbying power.