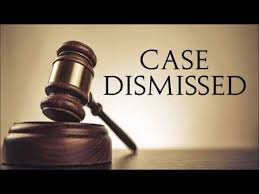 Yesterday, at a remote hearing listed by Plymouth Law Courts, Wyldecrest`s application to overturn the order of the previous District Judge was dismissed. For readers who are new to this page, this latest event followed a claim that had hoped to secure standing charges for the supply of electricity at the business rate tariff of 80p per day, more than four times the rate that would otherwise be charged to domestic consumers. The first request for an order for payment made to a First Tier Tribunal that was declined, then followed by an application made to the County Court, subsequently dismissed as an abuse of process and the Courts, later followed by this further failed application. The sum claimed exceeded the costs incurred by Wyldecrest in its pursuit and it remains to be seen whether yesterday`s decision will also be appealed. If so, a counter application will be needed for its similar dismissal. The claim was made jointly by Alfred Best and David Sunderland in the name of Wyldecrest Parks (Management) Ltd., the sham and insolvent company that was formed to evade the contractual obligations of Best Holdings Ltd., On Best`s behalf, the various proceedings were fronted by Sunderland, who seemingly but mistakenly believed that his bluster and excuses would be sufficient to win the day.

PARK OWNER ACCUSED OF BULLYING OAP`s INTO BUYING MOBILE HOMES AND CONNING ONE OUT OF ALMOST £80K:

HERE IS THE LINK